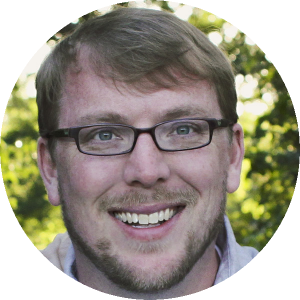 I've been a Christian since the 80's, a husband since 2001, and a father since 2005. I've also been a web developer since 1997 (professionally since 2006), but I won't spend a lot of time talking about that here. If you're interested in what I'm working on, check out my business website.
Follow Cory Webb on WordPress.com
Skip to content

I picked an interesting week to start a blog. The week started with talk of banning the Confederate battle flag and ended with the Supreme Court legalizing gay marriage in all 50 states. In the middle there, they also ruled on Obamacare in favor of the President and his signature healthcare law. So many controversial topics to discuss in one short week! Quick, to Facebook!

Every time the controversy du jour (that means “controversy of the day” for those who haven’t seen Dumb n Dumber) happens, I can always count on certain people (conservative and liberal) to have something to say about it. Sometimes they have interesting things to say that add to the public discourse about controversial topics, but most of the time they’re just shouting in a noise factory. I used to be that guy. Admittedly, sometimes I still am.

Rest assured that I was on the Internet within minutes, registering my disgust throughout the world. – Comic Book Guy, The Simpsons

It’s tough to get on social media in the midst of controversy. There are endless opinions from all sides of an issue, and you are guaranteed to find some outlandish opinion that, in your opinion, nobody in their right mind would think, much less profess publicly. As someone with strong opinions, I find it very difficult to sit back and let opinions with which I disagree go unchallenged.

Just yesterday I had a discussion on Twitter with a friend over the Supreme Court’s Obamacare ruling. He and I are still friends because we know how to disagree without being angry, but that’s not always the case. Which brings me to the point of this post.

How should we, as Christians, respond to controversial topics in social media? There are ample opportunities to get into heated debates, so I think it’s important to really think about how we should respond to these types of topics.

James 1:19-20 says “This you know, my beloved brethren. But everyone must be quick to hear, slow to speak and slow to anger; for the anger of man does not achieve the righteousness of God.” That’s the answer right there.

Be quick to hear

Other translations say “be quick to listen.” How many of us take time to listen to opposing viewpoints? I know that in many cases, the opposing view seems so crazy that it’s not worth listening to. Even so, there is great value in simply listening. Most people just want to be heard. That’s why they’re shouting in the noise factory to begin with, because they think that their voice is worth being heard over all the other noise.

You don’t have to agree with someone to hear them out. But you should afford them the same respect that you hope that they would afford you. Why should they listen to you if you are not willing to listen to them? Even if you don’t agree with someone, by listening you may be able to gain a deeper understanding of why they hold certain views, and that will help to advance the conversation in a constructive, meaningful way.

Be slow to speak

That’s a tough one for a lot of us. Like the Comic Book Guy in The Simpsons, we often want to make our opinion known as widely as possible and as quickly as possible. A lot of times, we don’t take the time to consider the whole story or the implications of our opinions before sharing them with the whole world.

By jumping into the fray too quickly and without first listening, we expose our inherent biases. Your immediate reaction and interpretation of a situation are shaped and formed by your biases. Take some time to get the facts before rushing to judgement and spouting your bias all over the Internet. Think how much less annoying Facebook would be if everyone did that.

In many cases, being slow to speak just means not speaking at all. You don’t have to give your opinion on every little issue that pops up. Again, think how much less annoying Facebook would be if everyone were more selective about the issues they actually comment on.

Be slow to anger

This one is actually pretty easy for me. It takes a lot to make me angry. But I realize that’s not the case for everyone. Did you know that it’s actually possible for someone to disagree with you and still respect and love you at the same time? It’s true. Too many times, we take any disagreement on any subject as a personal affront, and that just shouldn’t be the case.

I recognize that many people, hidden safely behind the anonymity that the Internet provides, will strike out at people with rude, disrespectful words meant to harm and not to advance any sort of meaningful discussion. These people are what the kids call “trolls,” and it’s a waste of time to engage these people, much less become offended by something they say. Once you get mad at a troll, they’ve won. Game over.

But trolls aside, why get angry or lose friends over a simple disagreement? When you get angry, you become tempted to say something you might regret. No issue is worth damaging relationships. Keep calm, and walk away if you feel that you cannot engage in a discussion without getting angry.

We are called to love each other. I believe that is how we “achieve the righteousness of God.” You cannot argue someone into a loving relationship with Jesus Christ, so why try? We can and should have meaningful discussions with people in such a way that we exemplify the love of Christ. God has called us to more than being the most vocal conservative or liberal on Facebook. Let’s live up to our calling.